Banksy is the pseudonym of an anonymous street artist, activist, and film director thought to be born in Bristol in 1973, although his true identity remains a subject of speculation.

Banksy first became known for the highly visible and satirical graffiti he executed in the U.K. in the early 1990s, and later further afield in Europe and the U.S.

During the 1990s, Banksy created his graffiti freehand, but he claimed to have moved to using stencils in 2000 when he was hiding from the police underneath a lorry and noticed the stencilled serial number. Banksy's immediately recognisable stencils feature striking and humorous images that are often combined with witty and satirical slogans, often anti-war, anti-capitalist, or anti-establishment in nature.

Biography and work by Banksy 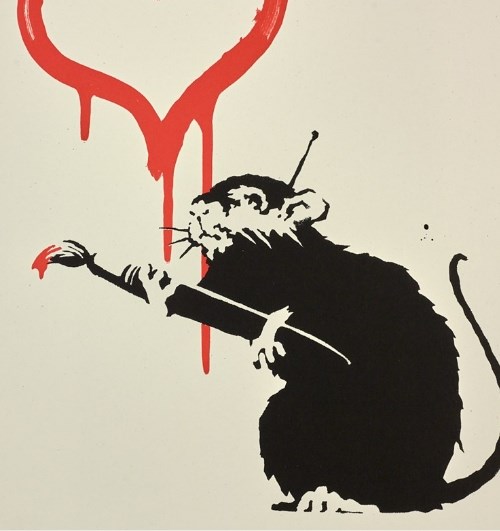